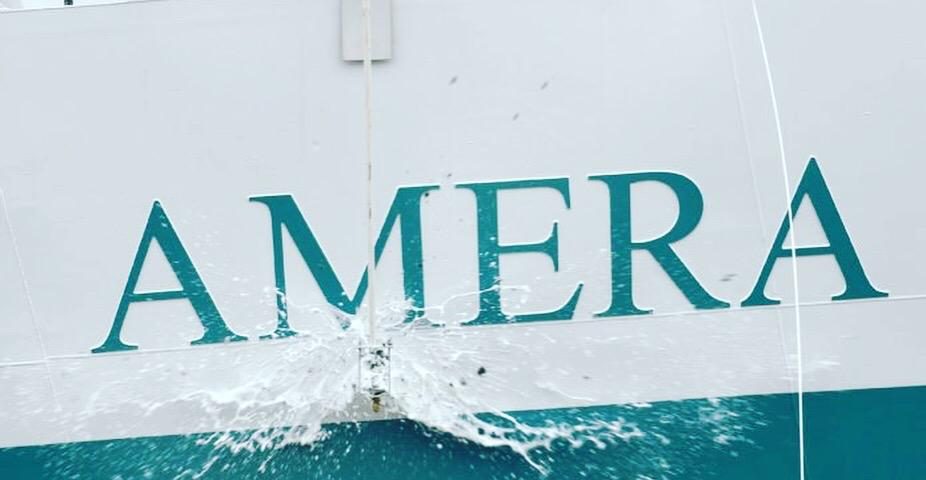 After an extensive drydock in Hamburg, MS Prinsendam became MS AMERA and a fantastic job was accomplished to give this ship the typical Phoenix Reisen look and high standards.

The stunning naming ceremony of the 800-passenger cruise ship took place Friday, 16th of August in Bremerhaven at the Columbus Cruise Center. After the christening ceremony the ship sailed on her maiden voyage to the Norwegian fjords.

MS AMERA was built in 1988 and originally named Royal Viking Sun before becoming the Seabourn Sun. As of 2002 the ship sailed under the name Prinsendam for Holland America Line. She joins the Phoenix Reisen fleet, currently consisting of MS ALBATROS, MS AMADEA and MS ARTANIA. In addition MS DEUTSCHLAND is operated on a seasonal charter.

Bernhard Schulte Cruise Services is proud to provide services to such a beautiful ship. We wish the ship and her crew fair winds and following seas.

Any cookies that may not be particularly necessary for the website to function and is used specifically to collect user personal data via analytics, ads, other embedded contents are termed as non-necessary cookies. It is mandatory to procure user consent prior to running these cookies on your website.